Q.1. How do social divisions affect politics ? Explain with examples. [CBSE 2009 (D), Sept. 2010, 2011, 14]
Ans. Gender, religion and caste are the most important factors responsible for social divisions.
(i) Gender and politics : The share of women in the Parliament is less than 10%. Women’s organisations and activists have been demanding reservation of some seats for women in the legislature.
(ii) Religion and politics : People or political parties use religious symbols, religious leaders, to appeal to the people or the followers of one religion to come under the same umbrella. Political parties also keep it in mind while choosing a candidate for a constituency.
(iii) Caste and politics : When parties choose candidates in elections, they keep in mind the caste composition of the electorate and nominate candidates from different castes so as to muster necessary support to win elections. When governments are formed, political parties usually take care that representatives of different tribes find a place in it. 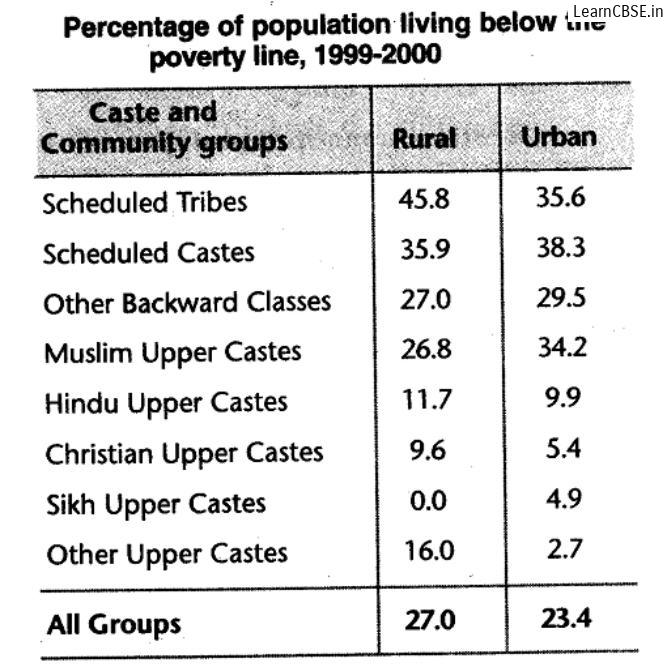 Q.3. “Caste has not still disappeared from contemporary India”. Give any three examples to justify the statement. [CBSE Sept. 2010, 2012]
Ans. (i) Even now most people marry within their own caste or tribe.
(ii) Untouchability has not ended completely despite constitutional prohibition.
(iii) Caste continues to be closely linked to economic status.