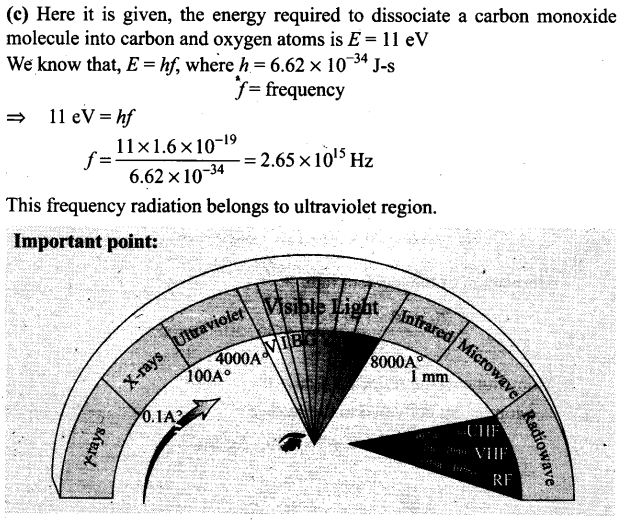 Solution: (b)
Key concept: When a wave is reflected from a denser medium or perfectly reflecting wall made with optically inactive material, then the type of wave doesn’t change but only its phase changes by 180 ° or Ï€ radian. 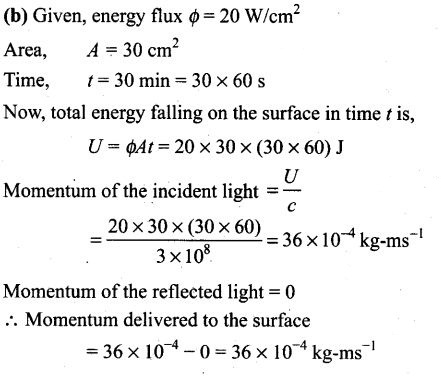 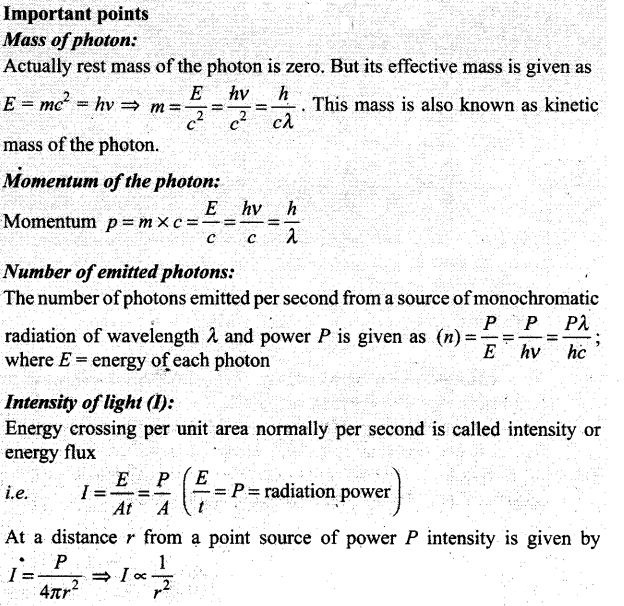 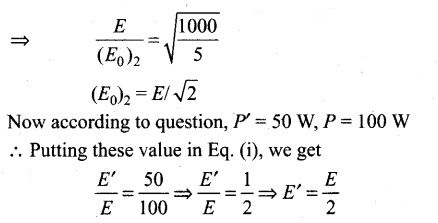 Solution: (d)
Key concept: A changing electric field produces a changing magnetic field and vice versa which gives rise to a transverse wave known as electromagnetic wave. The time varying electric and magnetic field are mutually perpendicular to each other and also perpendicular to the direction of propagation of this wave. The electric vector is responsible for the optical effects of an EM wave and is called the light vector.

Question 6. The ratio of contributions made by the electric field and magnetic field components to the intensity of an EM wave is 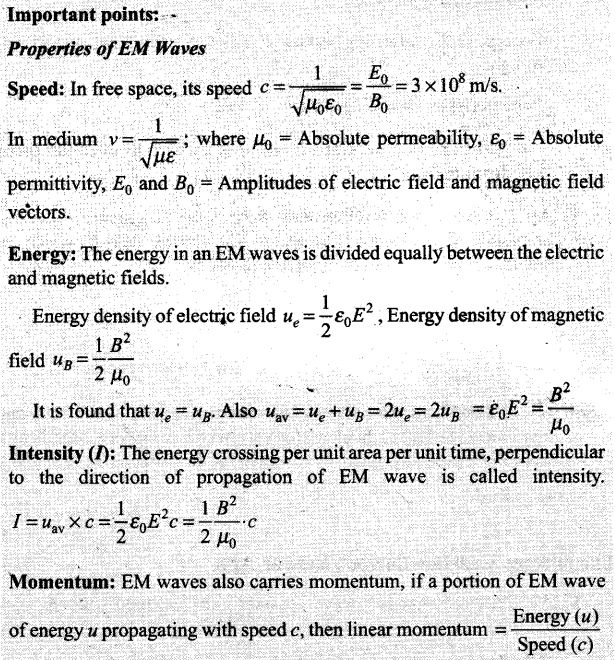 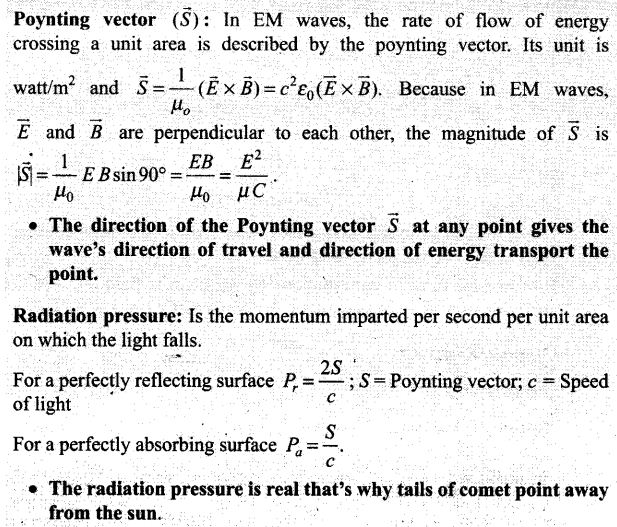 Question 7. An EM wave radiates outwards from a dipole antenna, with E0 as the amplitude of its electric field vector. The electric field E0 which transports significant energy from the source falls off as

Solution: (c) A diode antenna radiates the electromagnetic waves outwards. The amplitude of electric field vector (E0) which transports significant energy from the source falls intensity inversely as the distance (r) from the antenna,

One or More Than One Correct Answer Type
Question 8.

Solution: (a, d) We are given that the electric field vector of an electromagnetic wave travels in a vacuum along z-direction as, 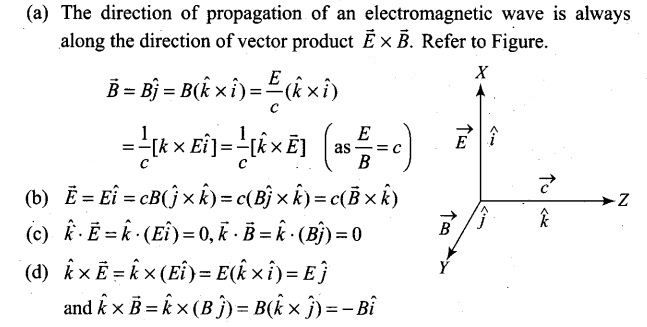 Question 10. A plane electromagnetic wave propagating along x-direction can have the following pairs of E and B.
(a) Ex, By (b) Ey, Bz
(c) Bx,Ey (d) Ez,By
Solution: (b, d)

Here in the question electromagnetic wave is propagating along x-direction. So, electro and magnetic field vectors should have either y-direction or 2-direction.

Question 12. The source of electromagnetic waves can be a charge
(a) moving with a constant velocity
(b) moving in a circular orbit
(c) at rest
(d) falling in an electric field
Solution: (b, d)
Key concept:

Here, in option (b) charge is moving in a circular orbit.
In circular motion, the direction of the motion of charge is changing continuously, thus it is an accelerated motion and this option is correct.
In option (d), the charge is falling in electric field. If a charged particle is moving in electric field it experiences a force or we can say it accelerates. We know an accelerating charge particle radiates electromagnetic waves. Hence option (d) is also correct.
Also, we know that a charge starts accelerating when it falls in an electric field.
Important points: 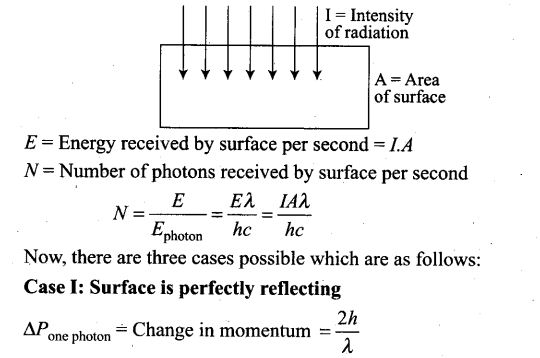 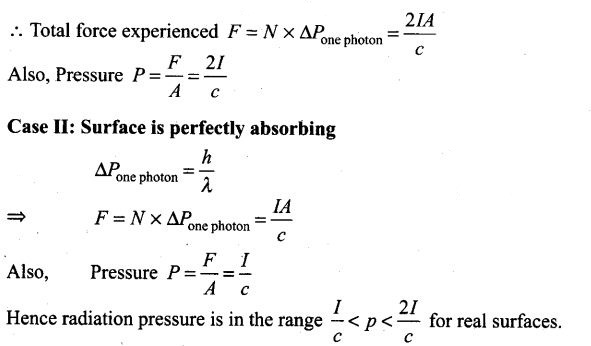 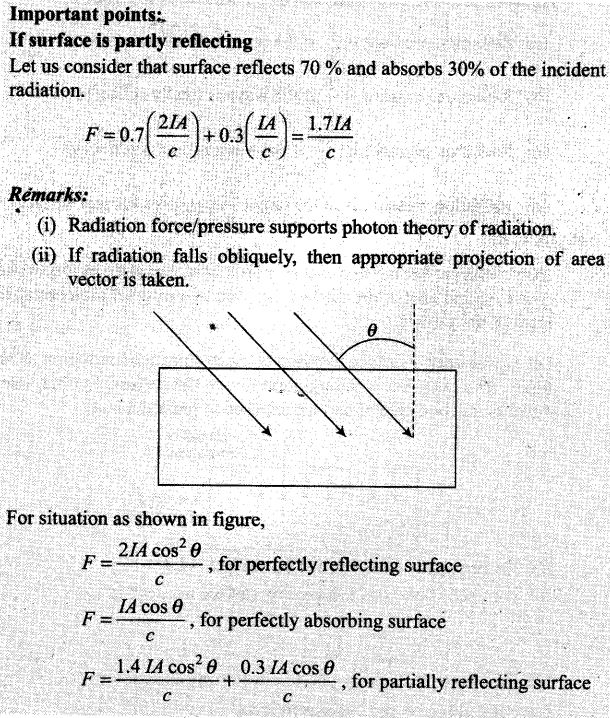 Question 16. The charge on a parallel plate capacitor varies as q=q0   cos 2Ï€vt. The plates are very large and close together (area = A, separation = d). Neglecting the edge effects, find the displacement current through the capacitor.
Solution:

Question 17. A variable frequency AC source is connected to a capacitor. How will the displacement current change with decrease in frequency?
Solution: 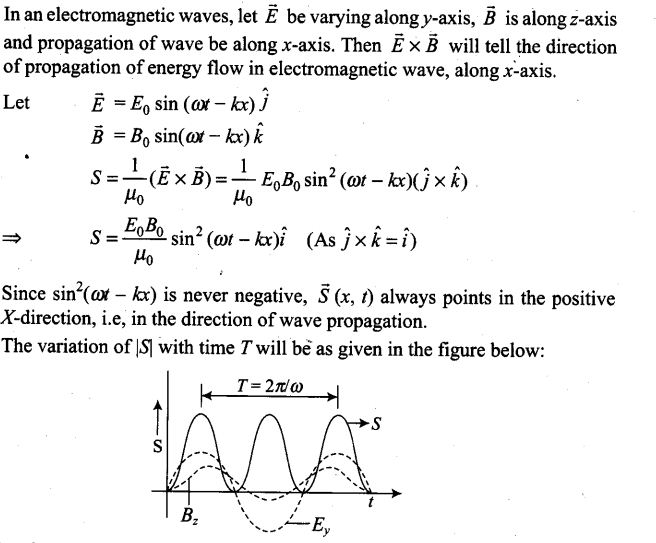 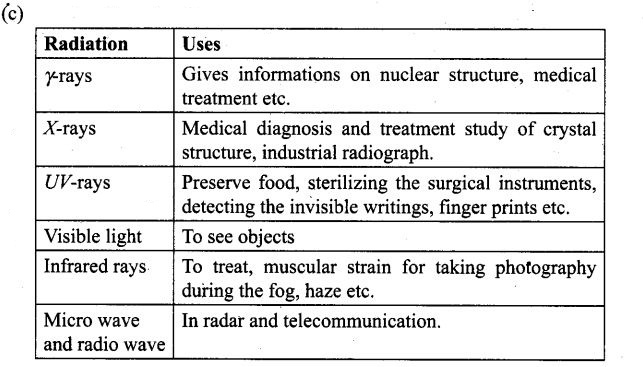 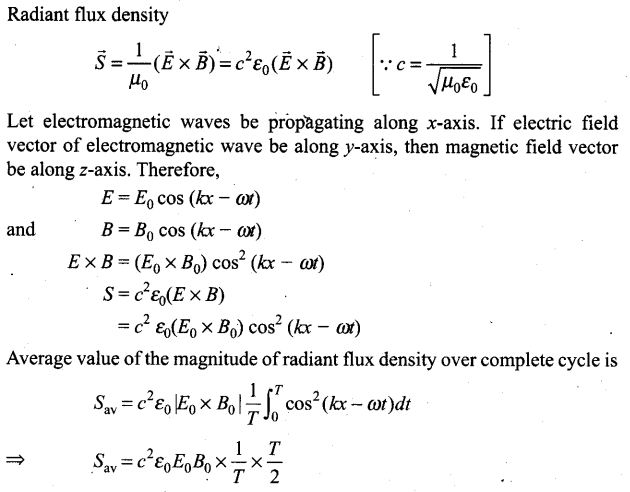 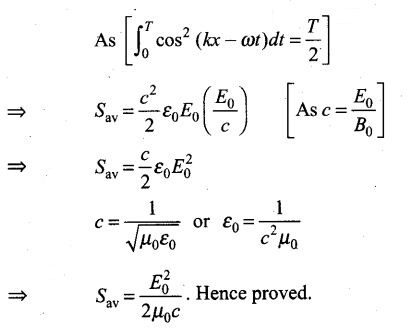 Question 24. You are given a 2 Î¼F parallel plate capacitor. How would you establish an instantaneous displacement current of 1 mA in the space between its plates?
Solution: 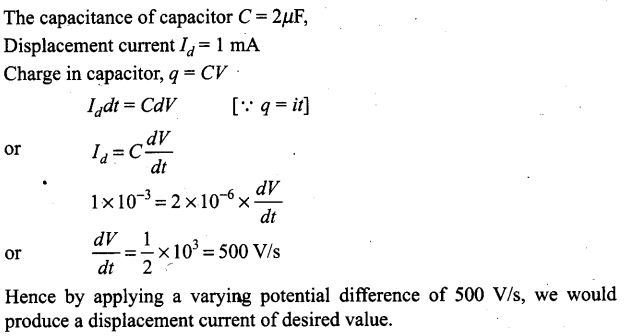 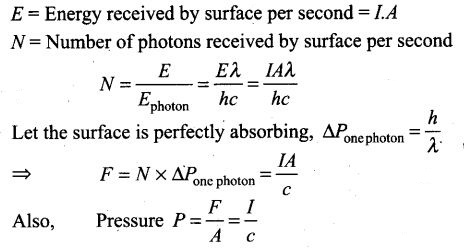 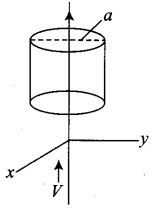 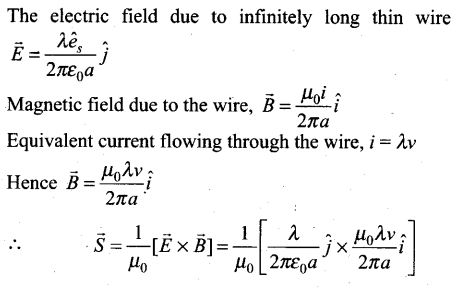 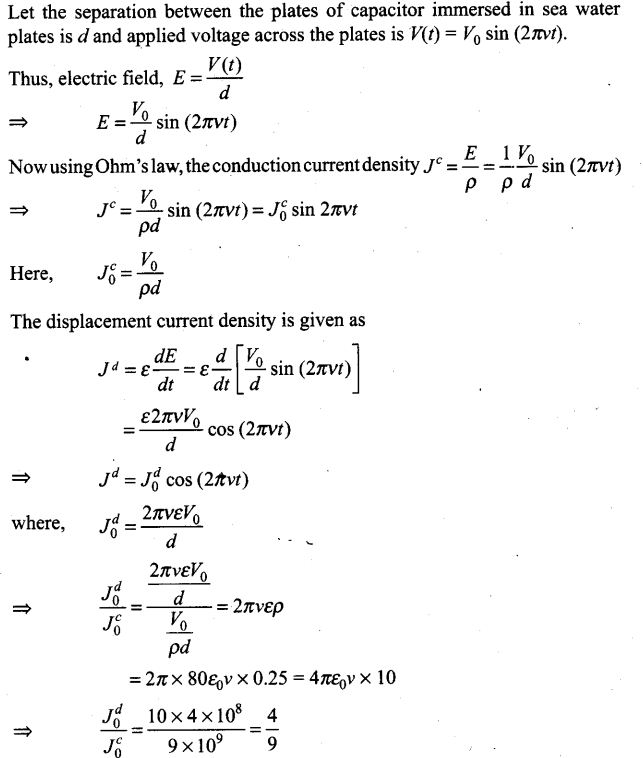 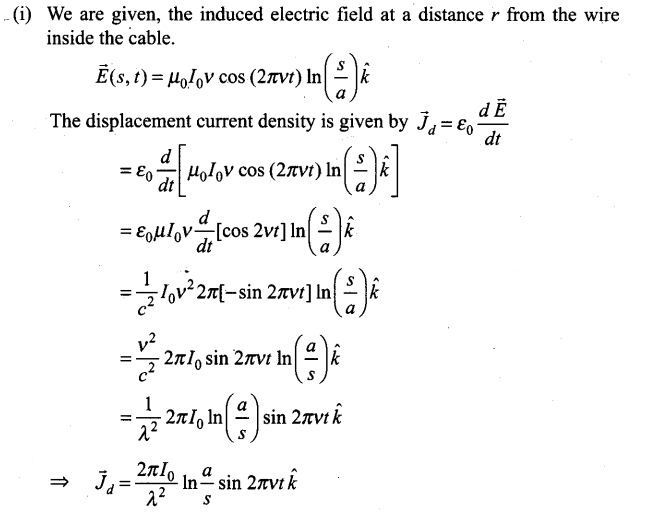 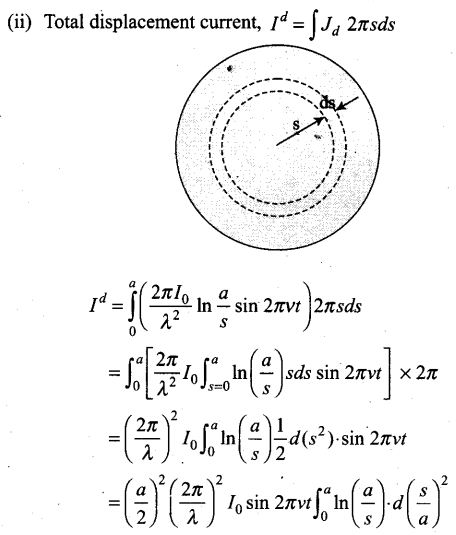 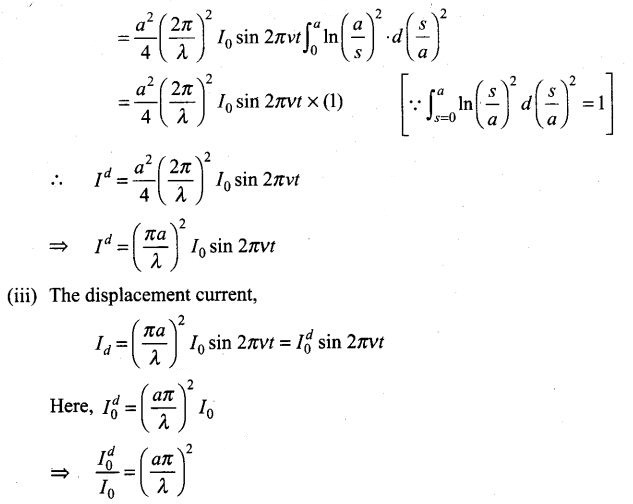 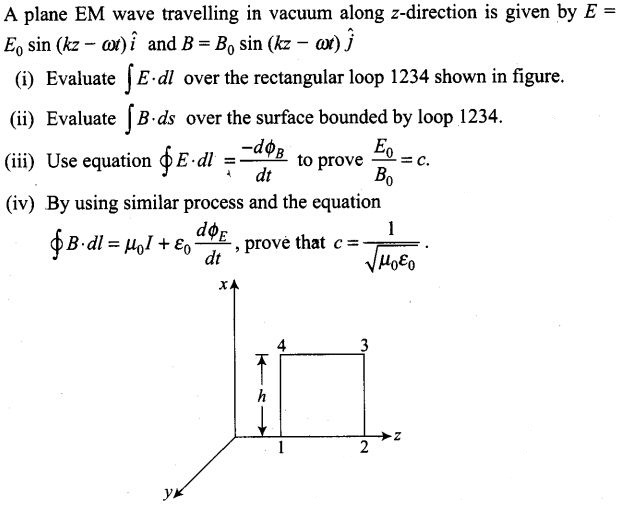 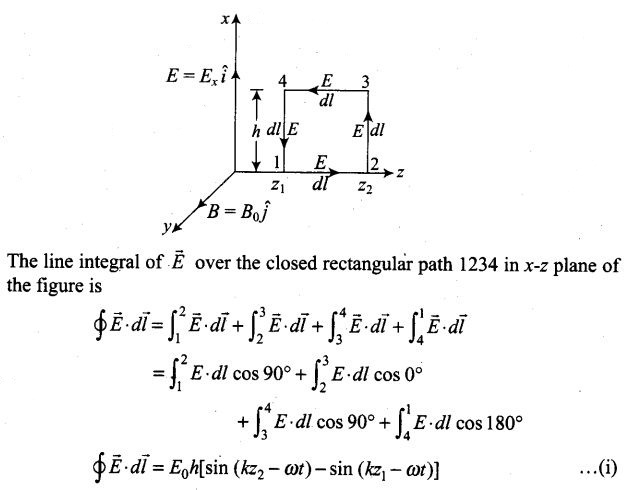 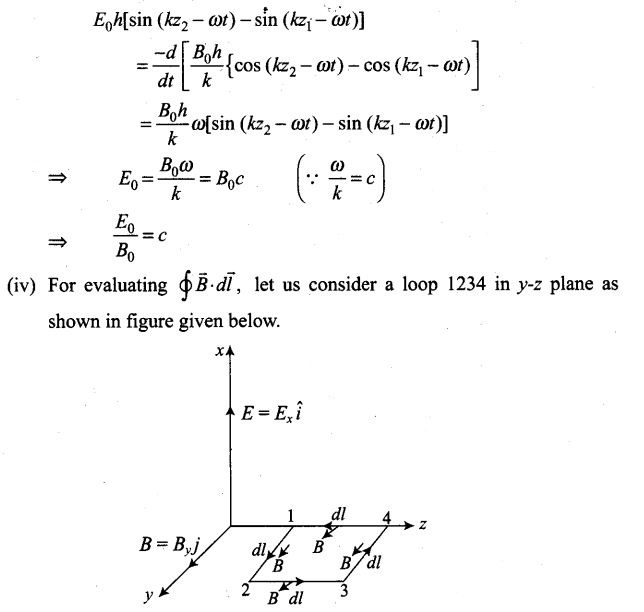 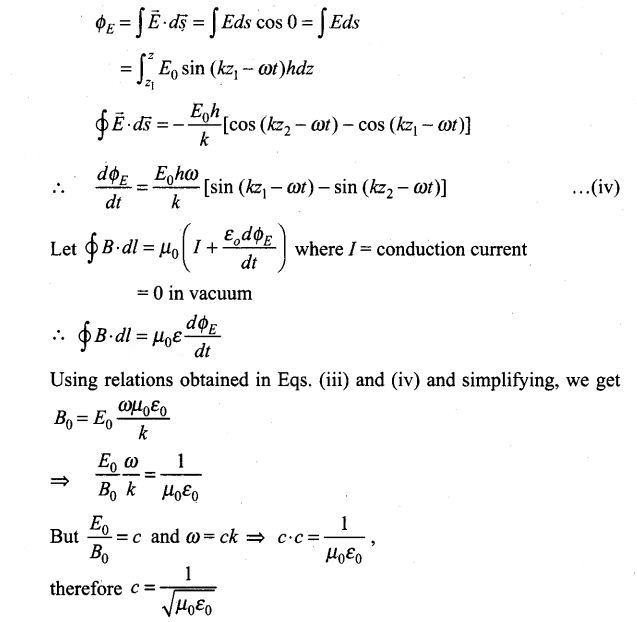 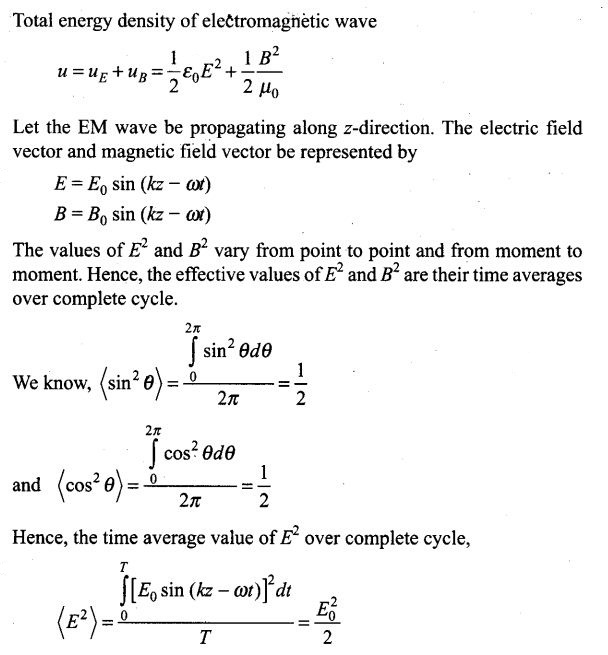 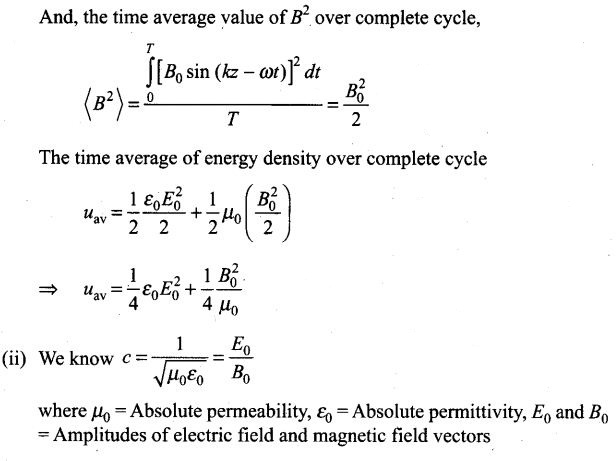 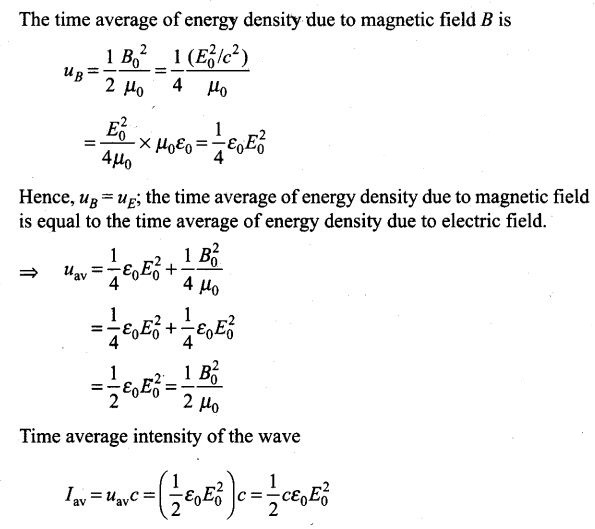