Question-1
What is a neuron?
Solution:
A neuron is a nerve cell that is the basic building block of the nervous system. Neurons are similar to other cells in the human body in a number of ways, but there is one key difference between neurons and other cells. Neurons are specialized to transmit information throughout the body.
These highly specialized nerve cells are responsible for communicating information in both chemical and electrical forms. There are also several different types of neurons responsible for different tasks in the human body.
Question-2
Name any two types of tropism.
Solution:
The two types of tropism are phototropism and geotropism.
Question-3
What is a phytohormone? Name any two phytohormones.
Solution:
Phytohormones are chemical substances, which are produced naturally in plants and are capable of translocation and regulating one or more physiological reactions when present in appropriate concentrations. The two phytohormones are auxins and gibberellins.
Question-4
Mention the receptors for light and sound in animals.
Solution:
Photoreceptor is the receptor for light and phonoreceptor is the receptor for sound in animals.
Question-5
How does control and coordination takes place in plants?
Solution:
Plants have a unique mechanism of controlling and coordinating its various physiological and biological processes. Plants respond to light, touch, gravitational force and other stimuli. Growth and movements in plants are regulated by both external and internal factors. The functions of control and coordination in plants are performed by chemical substances known as plant hormones or phytohormones. 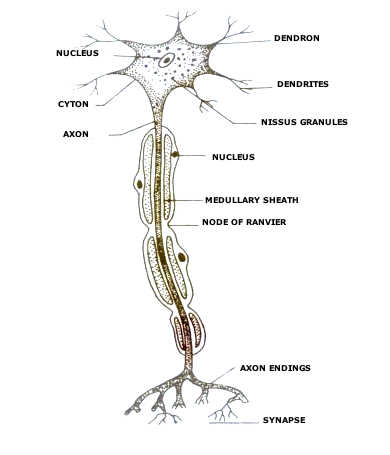 Question-10
Draw a neat diagram of the nervous system in an insect.
Solution: 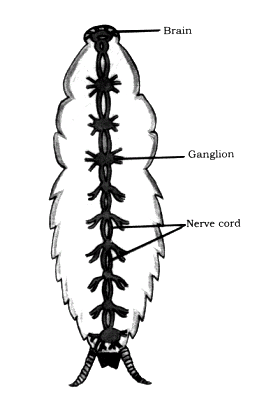