Question 1. A student sitting at the back of the classroom cannot read clearly the letters written on the blackboard. What advice will a doctor give to her? Draw ray diagram for the correction of this defect.
Answer. The student is suffering from short-sightedness. Doctor will advise to her to wear a concave lens having suitable power for correcting the vision.

Question 2. How are we able to see nearby as well as the distant objects clearly?
Answer. Accommodation: The ability of the ciliary muscles to adjust the curvature and thereby the focal length to get clear view of objects is called accommodation. There is always a limit up to which ciliary muscles can increase or decrease the focal length of eye lens. This change enables us to see nearer and far-off objects clearly. 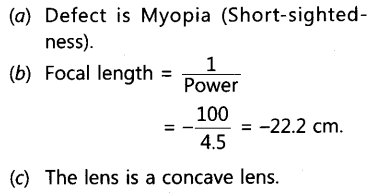 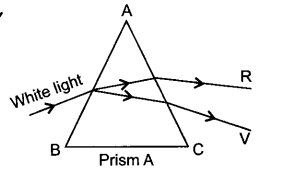 If another prism B is placed such that they are as shown below, the light that emerges out of A will be made to merge together to come out as white light.

Question 5. Is the position of a star as seen by us its true position? Justify your answer.
Answer. Light from stars passing through the atmosphere, bends due to changing refractive index of different layers of the atmosphere and appears as if it comes from a higher level than they are actually. So, the stars appear slightly higher than the actual position.

Question 6. Explain the structure and functioning of Human eye. How are we able to see nearby as well as distant objects?
Answer. Human Eye: The natural optical device through which one could see objects around him. It forms an inverted and real image on a light sensitive surface called the retina. 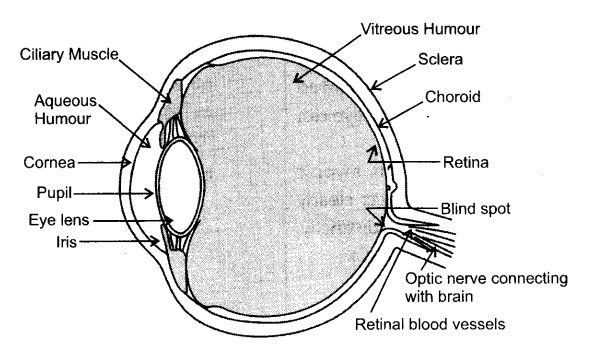 Parts of human eye are:

Question 7. When do we consider a person to be myopic or hypermetropic? Explain using diagrams how the defects associated with myopic and hypermetropic eye can be corrected?
Answer. A person can be considered as myopic when he can see nearby objects clearly but cannot see distant objects distinctly. This defect of eye is called myopia. 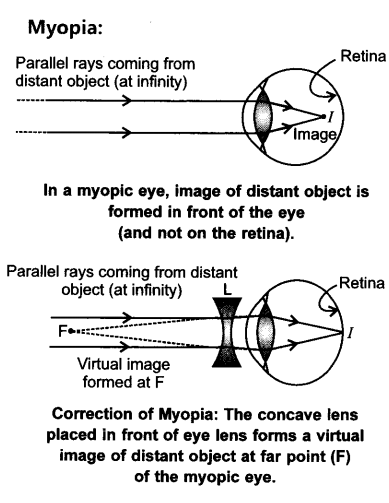 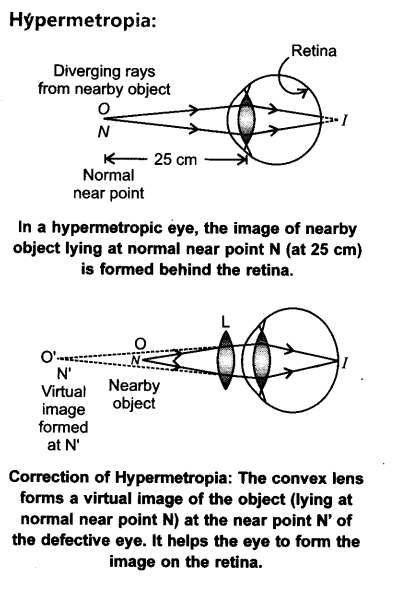