2.What coloured flowers did you see?
Ans. I saw flowers of different colours like yellow, blue, red, orange and purple etc.

3.Were most of the flowers yellow in colour?
Ans. Yes.

What do We See on the Road?
1.Look at the traffic scene in the picture and fill in the table.
Ans.

(a)Which face of the die did you get the most number of times?
Ans. 2

Getting Smart with Charts 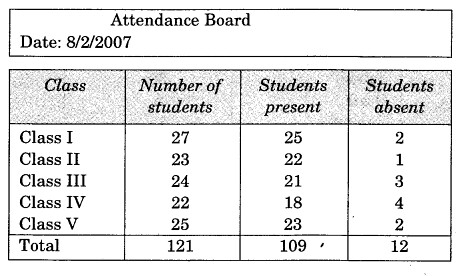 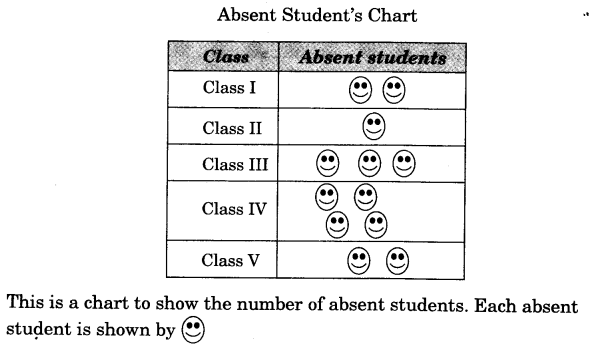 Practice Time
Make your own smart charts about things around you.
1.Which bird has the most colours?

Ans. The table clearly shows that the peacock has the most colours

2.Which is the animal liked most as a pet?

Ans. This table clearly shows that dog is the animal which is liked most as a pet.